But Is It Theft?

It is very likely you are familiar with this particular, most people would say classic, number. On the other hand, I bet not many have ever been acquainted with this one, as decent a tune as it is.

Either way, hopefully by now you managed to listen to both. If not, I'll give you another chance. Go back and click on the links. Either order is fine, although the latter precedes the former by a few years.

OK. Now that you listened to both Stairway To Heaven and Taurus you may be able to answer the following questions:


As you may or may not be aware, this is a aeries of questions that will soon be put to a group of twelve good men and women. Apparently, the estate of the late Spirit guitarist decided Led Zeppelin did rip off Spirit for a few seconds of a harmony (somewhere between 30 and 130 second mark of Taurus, repeated twice) and to the tune of some 10% of royalties Stairway To Heaven earned to date (and in the future, presumably).

Now, said harmony in Stairway To Heaven is most definitely present in Taurus, too. Also, Spirit most definitely toured with Led Zeppelin at the time Taurus was being created and a few years before Stairway To Heaven was composed. It is thus extremely likely that Led Zeppelin did hear the chords in question, probably somewhere backstage, before or after joint gigs. That much is indisputable. 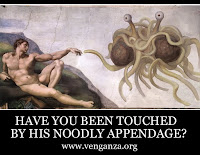 What is also indisputable is that art inspires art. There would be no Schubert without Mozart. It would also be possible to find echoes of one in the other if one listened carefully enough, maybe even a few seconds of a shared musical phrase. Feel free to substitute Schubert and Mozrt with any two (or more!) musicians that ever lived, and especially if they happened to precede one another or were contemporaries known to each other (much more difficult in the era of Schubert and Mozart than these days).


But also listen carefully to the entirety of Stairway To Heaven and Taurus. Now, judged as a whole, do these two works have much in common? No, I didn't think so either. And here it is irrelevant which one is a masterpiece of late sixties and early seventies rock. To be fair to Taurus, it stands out in Spirit's catalogue. More so, the catalogues of the two bands are so much miles apart that a few chords repeated in one song most definitel ydo not constitute anything but - possibly subconscious - fair use, derivative work.

And yes, I have listened to pretty much entire catalogues of both Spirit and Led Zeppelin (the former much more recently trying to find out for myself the merits of this court case).

With all this, I am quite amazed that a US judge decided that the question should be put to the twelve good men and women. My fear is that, in this age of angry 99%, they will - correctly - hear that the chords are almost the same and be inclined to rule in favour of the "little guy".

Worse, the actual composer of those (and many other just as fine) chords will have precisely zero benefit and 0% of royalties or other compensation that may be awarded. Why? Because he is dead.

Who will benefit? The composers "estate".

Who will lose out? Led Zeppelin. A little. Others, especially aspiring musicians, much more. I would even dare say they'll lose out horribly, through the chilling effects of the sentence. It surely can't be easy (or even possible) to go around and ask your peers - and especially the "big guys" - for permission to use a musical phrase.

Who will lose out the most? Listeners, for possibly being denied some brilliant remixes, reworks, unexpected musical quotes, homage pieces - you name it.