Of Atheism And Child Abuse 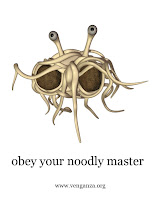 I have recently ran into a bit of a discussion with certain people on Twitter. As you can see if you follow the link it was essentially about freedom of one's children to choose their own religious affiliation - or not as the case may be.

To recap what I understood was being said to me: the fact my parents chose not to take me to church on religious holidays has been taken as their imposing their own religious affiliation, or lack thereof, on me, thus apparently depriving me of some sort of freedom of choice. It is also probably good to mention that the whole discussion started with someone saying they're going to send their child to church for Christmas service so she could recite atheistic and provocative poems of a pop artist.

This has subsequently been hailed with a follow-up by someone regretting said pop artist wasn't around when they were taken to church by their own parents so they can, presumably, disrupt the service and annoy the congregation in the same or similar manner. My comment to both these was that, luckily for me, I wasn't subjected to church visits by my parents and thus had no need for subversive and/or offensive poems or pop artists to quote there.

So far, so good, one might think. Yet, the person too young to be disruptive in the way advocated found it necessary to tell me off as described earlier. Apparently, if I, as an atheist, decide not to take y underage children to church, I am committing an offense against their freedom of choice. I must say I was dumbfounded and didn't seek to continue the discussion further, concluding, probably correctly that the person(s) involved have a somewhat hazy and shaky notion of freedom, atheism, religion, child upbringing and education and so on and so forth. 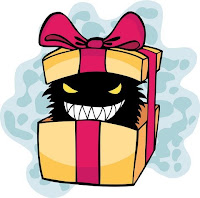 And yet, I couldn't stop thinking in exactly what ways they were wrong - and harmful to their own children and teir proclaimed atheism. Let's try and deconstruct this a little, for clarity, and see what we end up with...

First thing that strikes me is this: these people have been dragged along to religious services themselves as children and apparently do not see their parents as imposing their views on them. Rather, they, post festum, express joy at the (unconsumated!) opportunity that might have given them to be obnoxious. Worse, the current parent, most likely himself an atheist, happily pack his own daughter to Mass with the express intent and encouragement to disrup it. At best, he fails to stop her from doing so, even if the idea was hers alone. Being an atheist does not - should not - mean one has to behave like an ass, or incite other to it. In case of encouraging and inciting underage children to such acts it borders on child abuse - and probably sits on the wrong side of that border, too.

Second, and with all of the above in mind, said mind boggles at the criticism that an atheist parent is doing something wrong by not sending their children to church. For one, such a parent is not qualified to give advice on such matters - unless it is advice an atheist would give to anyone seeking to learn about religion, namely that it's all fairy tales, smoke, mirrors, and all sorts of other silly - and damaging things. If I, as an atheist, refrained from informing and educating my child in the best way I can muster then - and only then - I would be failing at my duty to them.

While I may very well not forbid them church visits should they express an interest, in what deranged system of thought I am supposed to actively encourage practices which, in my own considered opinion are stupid at best,, and harmful at worst? And finally, what sort of a deranged person I would be to urge my children to go and taunt people who are believers themselves? For one, this is bad manners - to say the least. And then, sending your own child to do your dirty work is not even borderline criminal: it is criminal.

So, in final analysis: @gjesic, you are abusing your own child and @serbianhitman, you should apply your own standards to your own parents who made you go to church against your own free will and better judgement; oh, and you are, if not complicit, then guilty of inciting @gjesic to child abuse.

PS
And me, what about me?

Well, I shall continue to educate my own child to know all available facts about any religion she cares to ask about, but I will also point out that no religion exists that makes the tiniest bit of sense in any way whatsoever. And, I shall redouble my efforts to instill in her the values of good manners, common decency and respect for other peoples opinions, however misguided or silly they may be. If I manage to do these things half as well as my parents managed with me, she will grow up to make up her own mind regardless of whether she was taken to religious services or not. 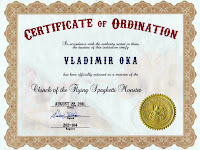 PPS
As a matter of fact, my child has been exposed to much more churches, religions, religious rites and information - including attending Christmas Mass, than one would expect from a Minister of the Church of the Flying Spaghetti Monster. Because that is the only way we win...