UPDATED: A Storm In A Teacup? (aka #FAIL) 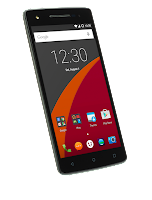 At long last, we seem to have entered the era of affordable yet powerful smartphones. With the commendable efforts of OnePlus, a few other Chinese vendors, and now a home grown one, Wilefox, one can rest assured that they can get their hands on a "flagship killer" for less than half of the flagship smartphone price.

Having tremendously enjoyed the first "flagship killer", aka OnePlus One, and currently finding that OnePlus Two seems to be a worthy successor (as is likely the OnePlus X), it was with great excitement that I learned about the first "designed in UK" (because, natch, everything these days seems to be "made in China") effort, the Wileyfox Storm and Swift.


Of course, the Swift is not exactly a flagship killer. Rather, it is a "bargain basement killer". You are probably way better off getting the Swift than, say Moto G or some such great deal smartphone. However, having got used to a little bit more of a powerhouse, the Swift never really whetted my appetite - especially after I learned about the "killer feature" (or a componenet, if you will) of the Storm: the 20MP Sony EXMOR IMX220 BSI Stacked (60FPS) CMOS Rear Camera.

Now, I don't particularly care for the peta-pixel counts, but this sensor is by views of most people who know that sort of stuff a real gem when it comes to picture quality and especially in low light situations. As these days I tend to take too many photos on my phone - mostly by virtue of it always being handy, but also because it will automagically make photos appear in all the (safe) places I care about this sounded like an opportunity not to be missed.

A little trial was in the offing...

And what could possibly go wrong? Let's review the most basic items on the spec sheet: 4GB RAM - great!, FAST CPU - hooray!, 5.5" screen - nice size, I found the 6" of Nexus 6 a bit too much, off screen Android buttons - a favourite, dual SIM or SIM + MicroSD card - bingo!, and of course, that little gem of a camera. 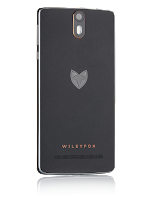 OK, there is no optical image stabilisation (OIS). But, I can live without that, especially with the camera that has supposedly great low light performance. This alone can compensate for sensor shake by allowing faster shutter speeds. So, nothing to worry about. Let's get going and take some lovely pictures!

We now hop into our time machine and fast forward a few days...

What disappointment! What anti-climax! And let's not even bother with the, possibly serious, issues of the Storm seemingly having trouble with a Three UK SIM card randomly deciding it was not present any more then suddenly changing its mind. And let's not bother ourselves even with scorching heat (almost impossible to hold at times) that emanated from the top rear of the phone whenever the CPU did any serious work.

Oh, no. Instead, let's just focus on that lovely camera:

True, its low light performance is brilliant. True, it is able to create really lovely pictures in pretty much any light conditions. True, even, that lack of OIS is not much of a problem even in low light. But. But! BUT! Auto-focus. Or shall I rephrase: What auto-focus? Because, essentially, for all intents and purposes the thing has none. None at all. None that is in any way useful for anything but taking nice pictures of architecture. Very large and stable architecture. For any other subject auto-focus is so slow that you are pretty much guaranteed NOT to get the photo you intended. And I don't just mean kids jumping up and down. I haven't tried, but I suspect even taking a photo of a drowsy sloth may be a challenge. And this was not just the case with the stock camera app. Oh, no. Google Camera struggled, too, as did a couple of random tries from the Play Store.

Don't believe me? Try it yourself. Ask a mate who got one (it's on open sale in UK).

Does this make the Storm a flop? In my opinion, and for my money - yes. These days we have come to expect our phones - especially "flagships" and "flagship killers" - to be at least competent cameras as well. Storm fails miserably in this respect. Its camera - unless it receives a major software (firmware!) update - is more or less not fit for purpose. If you want decent photos in your life either get a different phone, get a second phone, or carry a small camera with you at all times. Just don't relay on Wileyfox Storm to fit the bill.

Does this make the Storm a useless phone that I am going to get rid of and look for a different second phone? Well, no. It's the MicroSD card slot (and a possibility of dual SIM operation) that clinches the deal for it as a second phone as is its overall spec sheet. But only ever as a second(ary) phone which is destined to take a role of a hard disk based music player I realised I needed and couldn't quite get these days. And, in a pinch, with careful forethought and patient subjects - it will even make a decent camera. 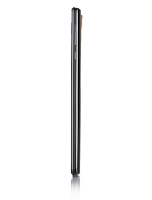 Very useful things, Dual SIM phones unless you have a very specific requirement for it, Dual Standby is probably as much as you need in terms of simultaneous operation. However, there is one quite serious downside: you forget/lose/misplace your Dual SIM phone and you're as good as having no phone at all. I would recommend having two phones if you really need to be accessible at all times. Get a Dual SIM phone by all means. Heck, make both your phones Dual SIM. Just never let just one hold both your important SIMs. I find the following works best: the main phone holds main SIM, the other SIM slot is taken by a local/cheap rate SIM that will still help out in areas of random patchy coverage, or when you're abroad. Have your other important SIM in a different phone and use its secondary SIM slot for MicroSD card to store media on. Just never ever put all your important communications eggs into a single basket.

You will lose it one day...

My new Storm is on its way back to Amazon. Reason? Not what you may have expected. I could actually live with the slow focusing camera. It's actually apparent poor build quality: the backlight under the off-screen navigation keys (Back and Home, if you have to ask) has started to flicker randomly - and annoyingly. Thank goodness for Amazon 30 day no questions asked return policy (not that I didn't tell them the thing's faulty).