(As relevant today as it was almost five years ago...) 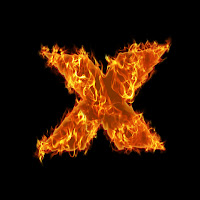 Religious tolerance... What is it? Do we need it at all? If yes, then how do we get it? Read on, for yet another one of my rants that meanders wildly before totally getting out of hand...

All these questions have been asked for as long as the concept itself has started doing rounds somewhere just after the Dark ages. Recently, the issue got another boost when plans emerged to build a mosque close to the Ground Zero of the 9/11 attacks on New York. As year's 9/11 anniversary loomed just as this got me thinking (again) I decided to postpone writing about it.

Now the anniversary is safely behind us (even though the next one will soon again become "near enough", I'm sure) here's a few of my thoughts on the subject. As if anyone cares... I know I don't (that nobody does).

To anyone following this blog, my opinions about religion in general should be well known. I can also promise to continue my religion-bashing with the same carefree abandon. But this post is not about whether religion is good or bad, needed or superfluous. Here, I will assume that religion is here (and probably here to stay - unfortunately), and ask (myself) how best to arrange our society so it (both the religion, and the society) does the least harm possible. So, let's see where we can get with this...

When I set myself this task I thought sensible word would come pouring out like a clear, fresh mountain stream. Instead, I ended up with a number of anti-religious tirades that had a distinctly stale whiff around them. Nothing wrong with them, per se. Just nothing new, and really, nothing to promote religious tolerance. Or, more correctly, promoting religious tolerance mostly in the same way as a parent tolerates an immature child's silly shenanigans. And the problem is: religion's (and religious) shenanigans, both historically and these days, might be silly, but they's also usually deadly serious.

Have a look at this particular development. I could possibly, maybe, just, agree with The Economist blogger that total freedom of speech should include the right to burn books, flags, and whatever else is seen as fit to incinerate (apart from other people, obviously - though not always and to everyone). Although I am not so sure. At least here in Europe, we have too often associated book (and people) burning with the worst of the worst. I am, however, very happy to agree with the following, from the same post:


It is, in fact, part of a global religious-extremist tag-team rally, in which provocateurs in the West gin up obnoxious anti-Islamic gestures that give extremists in Islamic countries an excuse to damage property and assault people, which in turn grants more publicity to the Western provocateurs. Extremists on both sides end up with more media prominence and more political and social power, and everybody wins.

Tag teams indeed. Squares quite well with the fact that, for example, evangelical creationists in America cooperate closely, and quite happily, with Turkish Islamic fundamentalists, sharing experiences, advice, and efforts to discredit the fact (not the theory!) of evolution. And at least these guys have lunches together. Which is not to say that I necessarily approve of that particular kind of "religious tolerance". Sounds too militant to me - by far - despite all its "peacefulness".

All of which again leads me around in circles, failing to come up with any sensible thing to say about religious practices. Any religious practices, really. Apart from maybe the ones which are conducted somewhere very private, where I, and the world at large can go on about our peaceful business unimpeded.

Because, see, I really couldn't care less about which religion should have more or less "rights", "freedom", or be better "tolerated". What my argument seems to be slowly, but surely, boiling down to is that, yes, everyone should enjoy freedom of religion - or any other delusion they care to pick - provided they do not create public nuisance. And religion, of late, just like of the last few millennia, is creating an almighty racket.

Wars, prosecutions, discrimination, child abuse, promoting unsafe sex practices - you name the ill, they've peddled it. And not just to their own flock. Oh, no. Pretty much every single religion would love nothing more than to see the whole world shaped in its image. Tolerant? My...

So, yes, I am happy to be tolerant of any religion and/or belief, but only for as long as they are tolerant of me - and everybody else who does not care to join in. Do it a much as you like, but do it so I don't have to notice. And do note, this does not mean you shouldn't build your temples, or whatever other fancy takes your fancy. Please do. And please do it wherever you see fit - if it fits with the laws of the land. But do also note that, just like you cannot be allowed to build a tower that is in danger of collapsing and killing innocent bystanders or passers by, you should not be allowed to do stuff that can conceivably result in something similar - like, for example, publicly burning other people's religious texts.

Not because those texts are in any way sacred - they're not, and surely no more than your own - but because every man (and his dog) knows you're doing precisely so you can cause as much damage to innocent bystanders as you can.

Does this sound intolerant to you? I'm sure it does. It is meant to be intolerant, too. Intolerant of irresponsible and dangerous (religious) practices. So, put down you matches, and go back to your temples. No need to stay there, but when you do come out, do try to blend in.
No comments: