The Emperor Is Naked! (and it shows) 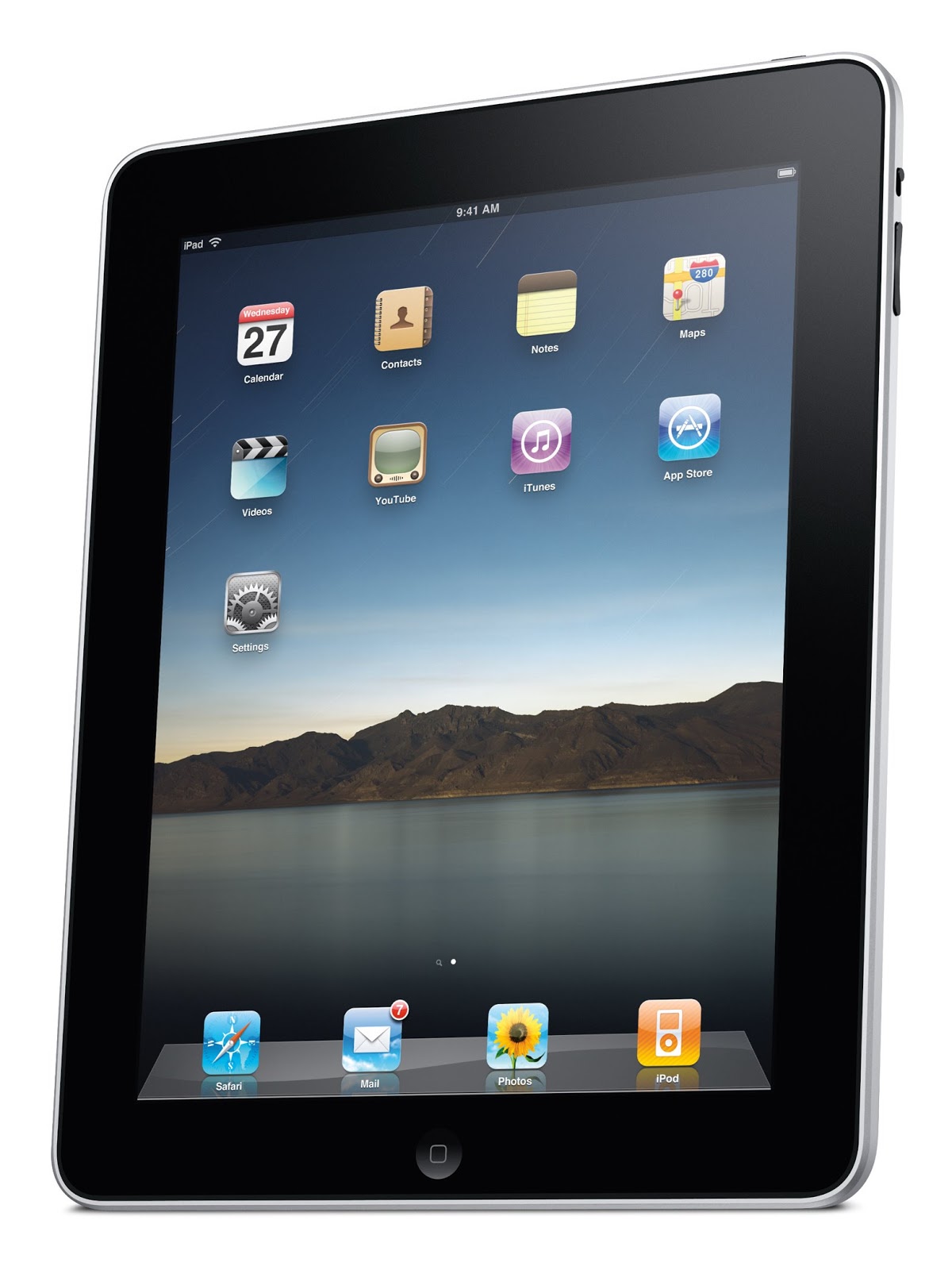 Recent figures for sales of computing devices to (US) schools show Google Chromebooks are overtaking Apple iPads. Of course, Apple would rather you were none the wiser so they happily ignored the trend when they reported their own version of the iPad success story.

Suprised? By schools starting to prefer Chromebooks, I mean?

Well, you shouldn't be. At all.

And here's a very good reason why this is so... 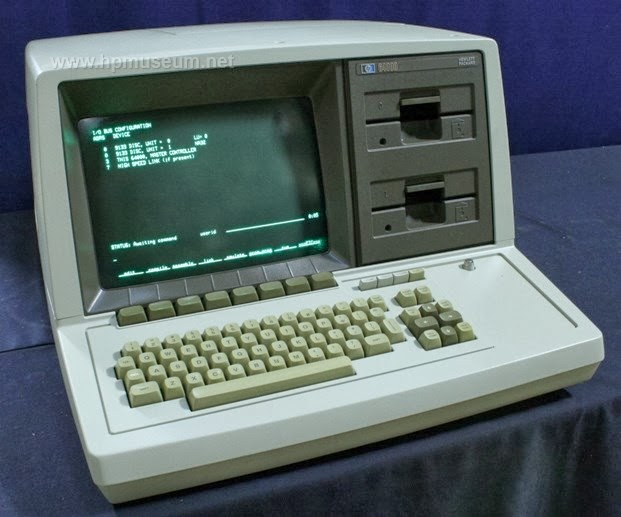 Nope, I don't mean Chromebooks are so big and clunky no student in their right mind would want to nick one. And nor is it the fact that, just like this beautiful - and ancient - development station they usually sport, well, not exactly dual floppy external storage, but at least an SD card slot. And a USB one. And a HDMI one, too. All of which are certainly very good and useful - and missing from an iPad, more or less. 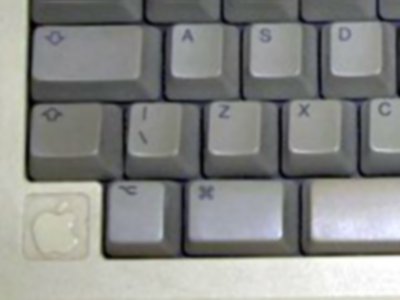 Yup, it's the good old physical keyboard. And, as you can see, even some Apples used to have 'em (I hear some also have 'em now, too, but these, to schools at least, seem to be a bit too large, a bit too expensive - or both).

As you may - or may not - have noticed, long gone are the days where going to school involved sitting down and listening to someone pontificating about this, that, and the other the whole day, day in and day out, broken by an occasional written or, more likely, oral exam.

No, schools are much less about consumption these days, and - luckily - much more about discovery, research and - most notably and most importantly - creation. And while iPad is as good as it gets for satisfying your data and media consumption and even research needs, it's only a foolish, fadish, and fan boyish who can keep a straight face and tell you you can easily write your term paper - or anything else longer than a few dozen lines for that matter - on an iPad. And that's even if you hook it up to a keyboard of some description.

Add to this other things that make a Chromebook more like a real PC than a glorified TV and any wonder at schools slowly regaining sanity with respect to choice of computing devices should disappear quite quickly. That a decent Chromebook is also a lot cheaper than an iPad of any description (and that's before you've added a decent physical keyboard and a stand to it) it is really a wonder why schools had a go at iPads in the first place. Fad and fashion come to mind, but let's leave that to their comptrollers and achievement assessors.

Does this mean Chromebooks are the bee's knees of educational computing? Well, I'm not so sure. But then again, I also think some sort of programming should be a part of many a reasonable curriculum (programming, not coding, mind) so what do I know. Personally, I'd rather see a decent fully fledged laptop (12" or even larger) as a minimum so kids can have a real go at a real thing. However, when it comes to a dilemma "tablet (of any description) vs laptop (of any description)" the laptop/netbook/Chromebook wins hands down every single time. And in terms of tablets, and especially when it comes to bang for buck, an iPad must lose horribly every single time, too.

This past week has seen quite a bit of noise relating to the ill-fated, ill-conceived, and ill-received experiment Facebook and a couple of US universities ("universities"?) conducted on Facebook users in 2012.

Quite a lot of digital ink has been spilled trying to divine if what has been done was plain wrong, potentially criminal, simply misguided, just poorly communicated, none of the above or even all of it mixed up then spat out by news agencies of various levels of scientific (and journalistic) competencies.

What seems to have got lost in the noise is the following set of simple facts:

Call me old fashioned, but with these two simple, indisputable - and undisputed - facts, should come a third, or they should have at least implied (and enforced, by at least PNAS, if not everybody else involved), that each and every participant has given their informed - and explicit - consent to take part in a targeted psychological study. Period. No ifs and no buts.

The Facebook mounts a defence based on their Terms and Conditions of Service where to use their "product" (even if the product here is, effectively, you) you agree your data to be used in various (but presumably not nefarious) ways within the company, including for research purposes. And yes, I am sure that's what people sign away when they join. I can't really vouch for it myself as I don't use their "product".

However, what most people - and, I submit, any reasonable person on this planet - assume this entails is, for want of a better word, "passive" use of such data. For example, harvesting your data to better target ads. Or even to better target news items you see.

But surely nobody in their right mind would read the Ts & Cs (if they do in the first place) and assume "data use" to involve manipulating their emotions. Messing with their minds, in other words. I would really like to see if Facebook's argument would stand up in the court of law. And, as the thing seems to be going, I shall live to see it thus (PDF behind this link) tested, thanks to the good people of Epic.

Now, I can - sort of - understand how Facebook would not care - even understand - what and where the problem here is. They are, after all, a for-profit corporation and not a research organisation of any real scientific kind (even if they could afford to pay someone to teach them a few basic principles).

On the other hand, one has to truly wonder at the PNAS, who decided not just to publish the study on the word from Facebook that informed consent was obtained, but to then defend itself by essentially quoting Facebook's public position on the matter. To say nothing of the two universities who - one hopes - should now be busy reviewing their policies, procedures, and positions of the two "researchers" involved.

So, again, and in a nutshell: no explicit informed consent has been sought from the study subjects, ergo, no science took place or, better, no science should have taken place, let alone validated by publishing in PNAS.

PS
For those in need of a bit of a further clarification: no, it is not necessary to obtain explicit informed consent to the exact target of a psychological experiment. In most cases, this would skew the results to the point of uselessness. However, and this is standard practice, such consent is sought for something that is unrelated yet revealing enough that the consent can still be considered as informed. Vague and overreaching T&Cs do not count. I am not an expert in the field by any stretch of imagination so I can't offer a qualifying counterexample, but I am sure the field of experimental psychology can be canvassed for a reasonable one in no time, and probably for no fee either.