Hey, hey, hey! We thought you're a radical atheist! What's this now with Merry Christmas?

Slow down my dears... Despite the rumours you might have heard, even radical atheists can be polite, well mannered, and considerate of others. Even those others who have chose to live their lives in a state of delusion, filled with angels, demons, and ghost - maybe even ghosts of Christmases past.

So, while I still want nothing to do with, and could not care less for, any sort of Christian malarkey, I have absolutely no problem to wish anyone who does a very merry Christmas, and generally everything that goes with it. My wishes may also include one for my dear friends to rid themselves of the religious malaise, but I am wont to keep that one silent. At least for Christmas. There's plenty other days in a year when I can try my wicked ways with them, and their problems.

So, my dearest dears, the ones, at least who care about Christmas, have the happiest one ever! Just don't come complaining to me when St Nicholas turns not to be the one he claims he is. Not to mention he may even be a she.

PS
If you're wondering why a repost, well, aren't all Christmases essentially the same?

Here's an e-mail I've just received. Shall I reply? I mean, why not? The guy literally has a license to print money?

I got your e-mail through a comprehensive search for a dependable person who can assist me in transferring the total sum of 13,200,000.00 (Thirteen million two hundred thousand Great British Pounds).

This transaction is Highly confidential and absolutely risk free, we shall share the funds in the ratio of 50% for me and 50% for you. Reply via the below e-mail for more details. I look forward to your prompt response.

PS
For phishing hunters, here is the source of the entire message: 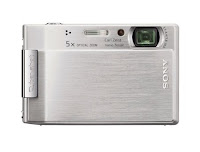 Are you still using a digital compact camera?

You know, the cheap - or even not so cheap - ones that offer gazillions of pixels in a small package, with zooms that range from 3x to whopping 30x, and that's optical, not counting a possible added 2-4x digital (aka the photo mutilation tool). Oh, and don't forget the "fun" features: face recognition, funny effects, direct Facebook upload. I hear some these days even offer a kitchen sink as an optional extra!


Don't get me wrong. I used to use them myself, and I was even reasonably happy with the photos (and the zoom, and the price). Some have been quite big beasts, some have been nicely pocketable (see an example in the photo). All (OK, most of them) have even been fun.

But, in the last couple of years I got myself introduced to DSLRs and what are called Compact System Cameras. The main difference on the outside? Paltry zoom power, (relatively) expensive lenses to buy in order to cover the desired distance and subject range, relative bulk to carry around. But what a difference to the photos taken!

Here's a challenge for you: take a photo in anything other than bright daylight with a compact and a DSLR or any other camera with a sensor larger than a grain of sand. Now zoom to 100% on your screen, and have a look. If you're (un)lucky you don't even have to look at the dark areas. Because anywhere you look you will notice how grainy and noisy a compact camera photo is. Admittedly, not many people do look at their photos at 100% magnification, but if you often take photos in the dark - even with flash - you will see the noise and graininess even on a thumbnail.

Now for an even less technical, yet much more important difference. Grab the same two cameras and take a portrait shot of someone you care about against anything but the dullest of dull backgrounds. Notice the difference? The compact will make everything in your photo nicely focused. So nicely, in fact, that you may struggle to work out what's the main focus of the shot. Now - provided you used the correct settings, not something that can really be done on compacts - look at the DSLR photo. Your subject is nice, sharp, and really stands out against a slightly (or much more than slightly) blurred background. Which one do you prefer? Which one is a portrait, and which one a hasty snapshot?

Oh, you may say, but DSLRs and their ilk are way more expensive!

Well, maybe. Then, maybe not. Let's have a quick review of the prices. Do note I will not list any really cheap and nasty compacts, but the ones purporting to be "bridge" cameras, something in between a compact and a DSLR.

Heck! I won't even bother with compacts! Have a look at this real deal from Amazon UK for Nikon D3100 with 18-55mm lens for a measly £290. Yes, it is an older, entry level model, but it still easily wipes the floor with almost literally any digital compact - even the ones in its price range or more expensive. It's body will last you years, and instead of upgrading your compact go about buying used lenses and you'll get even more from it. And then, if you want something a bit newer, here's Nikon D3200 with the same kit lens. Yes, it costs more, but it is worth it, too. Similar price for D5100. Spoiled for choice!

Just have a look around and, more importantly, try it! You'll easily see why the possible difference in price is justifiable.

I know, I know. You are now asking what about when you want something pocketable, yet still capable of taking a decent enough photo? Easy! You do have a mobile phone, don't you? Pretty much any modern phone now comes with a camera and a sensor not worse than at least budget (and some not so budget) compact cameras. True, phones all lack optical zoom (OK, not the new Samsung Galaxy Camera), but then, you should also heed the advice of a famous photographer (whose name escapes me right now): your legs are the best zoom lens (although probably not around high cliffs and open windows)! So, you probably already have a very good compact camera with you all the times.

So, now is the time to kill the industry and start spending money on cameras with large sensors! As far as I'm concerned, digital compacts are well and truly dead, and buried at least as deep as the dinosaurs.

PS
If you can afford it, and you want to really have fun, and get a real buzz taking photos, seriously consider Fujifilm X100. You will not - you cannot - go wrong!
No comments: