Not Taking My Tablets 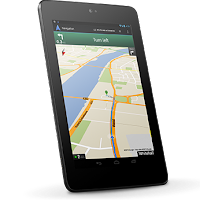 Unless you happened to be living under a very small rock somewhere very, very far away, you must be aware that tablets are all the rage these days. And no, I am not referring to the kind you pop into your mouth in order to enhance your health or your colourful visions (although the use of the latter kind seems to be declining, at least in the UK).

No, I am talking about the kind silly people queue for even in inclement weather. The kind that feature a weird new interface also being shoehorned onto the more traditional kind of computers (the one formerly know as Metro). Also the kind that is cooler than both of the above, and with which I happened to live for a good few weeks recently.

And - don't get me wrong - cool devices all of these most assuredly are. Useful, too. No shred of doubt about that either. Very, very desirable as well - at least if you're of that sort of persuasion (the sort that has to have the latest - regardless).

The "but" here, for me, is that - at least with my use case in mind - I cannot honestly justify wasting spending money on one. It just does not add pretty much any extra value on top of my other devices, and for the uses I put them to.

Let me count the ways in which this is true for me.

This is by far the most important aspect of having a modern, portable computing device, preferably one that fits in one hand (you did notice even Apple bowing to 7 inches - 7.9, but still). But see, this function is more than adequately performed by a mobile phone. It even doesn't have a significantly smaller screen. It also makes calls! And it fits into a (smaller) pocket. So, sorry - I do not really see myself using tablet over the phone for e-mail when on the move. Also, when on the sofa, if the e-mail is really important I'll jump up and use a proper computer. If it isn't the phone still beats the tablet (and maybe doesn't rile the SO so much, either).

2. Web browsing on the move

For this one, pretty much the same criticism applies as for e-mail. For quick and dirty (not necessarily in that sense) bit of browsing the phone is much more convenient. It's also much less likely to be snatched out of your hands in a pub or on a train. So, no - I don't see how a tablet helps me greatly here, either. Especially since the ones with mobile data options tend to attract additional costs both at home and while roaming (and tethering to your phone may not be allowed by your operator). Not to mention that data roaming costs still feel more like hefty fines for some serious financial wrongdoing than a fair price for a service.

Are you seriously suggesting a tablet is a better device for listening to music than either a phone or any other number of devices you could also think of? No, sorry - I just can't see it. Also, not many tablets seem to have Bluetooth, and tethering ones head to a tablet using wired headphones is not my idea of fun.

4. Watching films on the go

This one is actually the one use case which seems to make the most sense to me. Only I don't really watch films in the first place. So, let's see what's next...

5. Editing and sharing photos and videos

Another one where I must exclaim: you cannot be serious! First, I will not take photos or videos using a tablet. For one, I don't have any intention of looking silly (yes, you do look silly filming on a tablet). And then, you cannot seriously believe that such photos or videos will be any good in the first place? As for the editing, if you really want to edit either videos or (especially) photos you surely need a proper computer, one where editing can be controlled by means other than stiff little fingers? Sure, you can do some exposure control and similar, but that's not really editing, is it? Lastly, sharing. Yes, sure. This bit can be done on a tablet just nicely. But, since I won't be taking photos on one, and nor will I be editing them on one, why one Earth I'd want to transfer them to one just to share them? Surely I'd be doing that from wherever else they are more - or even immediately - accessible.

This again falls into the "you cannot be serious" class of use. Entering any large amount of text cannot be comfortable or efficient enough for me to use a tablet over, say, a laptop. Not even for the ability to do it on the sofa. Same - if not worse - for spreadsheets. Looking at them (and reading documents) - yes, by all means. Creating and editing? No thanks. At least not if it's anything important and/or complex. And trust me on this one - I have tried. Presentations? Well, maybe yes. But then, I don't do enough of those for it to matter.

Now, this one is the most serious contender for me to say Yes, this use case validates the tablet as a platform. And it does. It really does. There are some great games, with great game play on a tablet. I know. I've done it. On the other hand, all this is to try and justify the cost of one, and I'm sorry to say I don't have time enough to play games - on a tablet or elsewhere - for me to be able to justify spending hundreds of £££ on an extra gadget. Especially not since the games I do find time to play work just as well on the 4.6 inches of my mobile phone. So, no - this is not a good reason for me to own a tablet either.

And here I think I can safely stop the count. Having seven reasons not to buy a Nexus 7 is quite enough for me. And, looking at a lot of people around me - those with tablets or a tablet-wish included - I don't see they have good enough reasons either. So, it seems I'm going to sit out this round, thank you very much. But I'll keep watching the space. There's bound to be a moment when someone comes up with just the right combination of hardware and software to tick all my boxes (or at least enough of them to justify poking my hand into my wallet - it has very sharp teeth, you know, my wallet does).

Until then, I think I'll stick to my mobile phone and the e-book reader.

Oh, yes. I did forget the reason number zero, so here it is:

The only reason to read books on a tablet rather than a dedicated eInk e-book reader is if you want to read at night, in the dark. Another might just be that you don't want to take your - otherwise far superior - eInk e-book reader when you travel and you're already taking your tablet. But this latter reason is valid only if you already own a tablet, meaning you justified it for other reasons. The first reason, the night reading, is obsoleted by the readers like Kindle Paperwhite which has a back-lit screen (OK, a side-lit one, but it doesn't really matter). Or you could get a lighted cover. Or just a reading light if you're strapped for cash. Or, under duress, you can use your mobile phone. For a little bit of reading in the dark it is almost as good as a tablet (and it won't hit you as hard on the face when you fall asleep in the middle of a whodunnit).

So, as you can see, last but not the least, the last possible reason to go for a tablet is invalidated - at least for me. Of course, your mileage may vary. And I mean that in the best possible of many ways you may choose to interpret it. After all, you may have some other reason I haven't even thought of (but I doubt it).

To sum up: save some money and get a decent mobile phone and an eInk e-book reader. Or don't save much money but get better incarnations of these two. At the very least you will have one device less to lug around. And that counts for something.