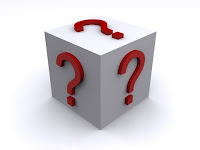 Looking at what various religions advertise as their advantage over not having any, it seems that the answer to the question "why are we here?" figures very high on the list.

True, if you have decided you, and the world at large, do not need a religion in order to explain things, you have essentially given up on the "why" of existence. At least in the sense of "what's the use of us?", and "what's the use of what we do?". In the sense of "why we exist?" the question may very well have a simple answer: "because in the Universe as it is, it is almost inevitable life will come to be". After all, in an infinite (at least for all intents and purposes) Universe, the roll of cosmic dice is bound to fall on "life" sooner or later. Not to mention all the other "Goldilocks" explanations.

So, in short, we're here because we're here, and there's not "higher" reason or goal.

But let's now look at the major religions (although I think it'll apply to any and all). What reason are they giving for human existence? The actual coming into existence is usually clear enough: a deity had a whim, and out of said whim it whipped up humanity. Reason given? Well, none, actually. Why? Because. And stop questioning god's reasons!

What about the purpose of humanity then? Surely that is made crystal clear. Only it isn't really. What are we humans supposed to do with our lives? Mostly obey some arbitrary rules, allegedly set by the chosen deity. And why exactly should we? The best religions can come up usually is: "so the god does not roast you for ever and ever as a punishment"!

Now, I can readily agree this can be a good enough reason to behave - if you are foolish enough to believe in such balderdash. But this is not really a purpose, at least not in the way it is normally understood. I mean, we're not really after the answer to the question what is god's purpose for us, are we? Especially since, when you really think about it, this purpose seems to be quite unsavoury. Just think about it. You have been created so that your god can impose an arbitrary set of rules upon you - most of which is well nigh impossible to observe fully in the first place - and that only so you can avoid a horrible punishment meted out by that same "loving" god.

When you put it that way, your purpose in life is to provide sport for your god, and that is regardless of whether you manage to follow the rules or not. God's had his sport, and being omnipotent, the reward you get is easily within his capabilities. If you can call it reward. Most of what's on offer, at least in Abrahamic religions, is a few pleasantries repeated ad infinitum which is just another way of saying ad nauseam. Not really that much different to eternal hell fire, that harp plucking on a cloud for ever and ever, with not much else or better to do. For Pete's sake, even those alleged Islamic virgins can bore you after some time. Not to mention that once you're through with them they're not virgins any more, are they?

Therefore, in choosing between religion and science, when it comes to the purpose of your life, and humanity's existence, science should be the obvious choice. For one, it's the Occam's Razor that should guide you there: neither science nor religion really give an answer, but science requires much less contrived and illogical storytelling. And then, science option is more palatable, really. At least you don't feel you're just a pawn in a cosmic game of chess where the last - and only laugh - belongs to your "loving" deity.