Remember when computers had proper keyboards?
Like this one on an ancient Appple ][? 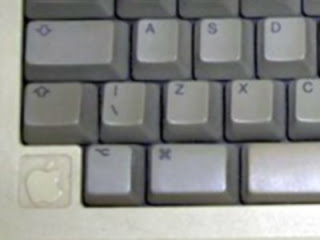 It sure is not a work of art (like the new one, below), but at least a person with average size fingers could actually type on it, and efficiently. 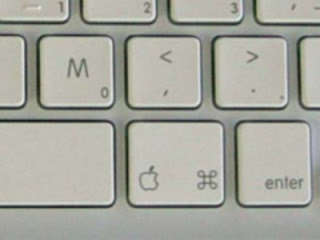 I am not even going to go to the most recent me-too abominations like the one on the Acer netbook I recently returned, partly because the keyboard was hopeless (the other part was that Windows 7 Home Edition is such an undescribable horrible pile of shit that it's hard to believe). 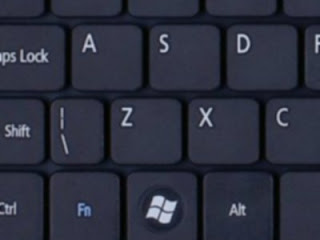 Amazingly, everyone seems to have not only resigned themselves to this new fad, but many are also actively encouraging it. And by that I mean all the Apple fanbois who extol the virtues of their beloved design. Yes, yes, yes! It is magical and beautiful to behold. Just don't tell me it's also magically beautiful  to type on effectively!

Of course, being quality obsessed as they are in Apple, their incarnation sure is the best of the lot to type on. and not just look at. But best of the same less-than-useful lot has never before been good enough. Only now, when everyone seems to think that looking like Apple will bring instant success (it won't - of course) we seem to have completely lost the sight of ergonomics.

Repeat after me: One cannot type effectively on a chicklet style keyboard.

Think about it. Chicklet style keyboards are not a technological marvel only available to twenty first century rich people. If it were a good style of keyboard to type on it would have been used in all sorts of keyboards of the previous century. Typing pools of ye olde corporations would have had electric typewriters with chicklet keyboards. Mainframe computer terminals would have them. But they didn't. And they still don't.

And that's for a very good reason: efficient touch typing is not possible on a chicklet keyboard. I mean, a modern Apple style keyboard is essentially a touch screen with dimples. And I don't see anyone writing the great American novel on a touch screen.

If you haven't already noticed I'll now tell you one of the main reasons these keyboards are crap. Have a look at the two photos at the top of this post. What is the effective key distance in each? See how on the Apple ][ keyboard the keys taper off towards the top? Yes, their top surface area is smaller then on the other keyboard, but the effective distance between the key tops is at least doubled. This means much less chance of mishitting the adjacent key. On top of that - and on top of every key of the old keyboards - there is a recess, a nice little valley to keep your fingertip from slipping down the side and hitting the adjacent key. No such thing on modern keyboards. Flat as a pancake with barely more than a millimetre between the keys.

So, it's no wonder that ever since I had to replace my old trusty Acer 7720G and Lenovo ThinkPad X61s with a Lenovo G770 and HP EliteBook 8440p, respectively, my typing productivity has plummeted. At times it even borders on abysmal. And these two laptops actually have better keyboards than most others I've seen. Lenovo is a black version of the Apple one above, and the HP has straight lined cutouts on every key making the effective clearance reasonable. Unfortunately, the key tops are still flat so the fingers do slip and hit adjacent keys.

I dread the time when Apple decides that the next word in design is getting rid of keyboards altogether and replaces them with touchscreen slabs for us to slip and slide our fingers on. Oh, what a sad, sad day that will be... 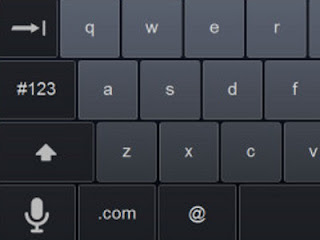 There, I said it! And no, that is not me in the photo to your left. Unfortunately? Not so sure. You tell me.

Anyway, here's one holiday that, on the face of it, I could easily subscribe to, what with being a radical atheist, and all that.

Well, yes. Sort of. At least it's not obviously a religious event.

However, it has almost as much meaning as Christmas (or Hanukkah, or Ramadan, or what have you), which is none, really. It's just a marker, making it easier for us to refer to the times past, and future. You should already know that it is not really possible to refer to the time present: by the time you referred to it it's gone and become past.

Anyway, back to the issue at hand. Is there really anything special about a marker dividing our time ruler into (almost) evenly spaced periods? No. So why do we celebrate it? Well here, I think I have a few good reasons.

For one, why not? Everybody likes a good party. OK, not necessarily everybody, but you know what I mean. Miserable bastards don't deserve either a party or a new year (non-capitalisation deliberate).

Two... Do we need two at all, seeing as one, above, seems to cover any and all possible reasons? Oh, OK. I'll give in. Here's reason number two: we made it through another year alive! Yes, we could also say that then we can celebrate every single day we wake up. Well, in fact, I do. I just don't make it into a big party, and usually don't invite others to join in. I do give myself a present every now and then though. So, in summary, yes, there is a very good reason to nominate a day in the year when we celebrate survival, and hope for more of it. The fact that we choose to celebrate this on a particular day is just for ease of planning and remembering. After all, in ancient Rome, the year began in March, with the spring equinox.

Three? No. We most definitely do not need a third reason to eat, drink, and make marry for the New Year. So, without further ado, I wish you a very happy new year (non-capitalisation deliberate), and hope to see you for the next one as well.

Stay well, and have fun!

PS
If you're wondering why a repost (again), it is the same for New Years as for Christmases: deep down, they're all the same...
No comments: